London Oct 1st The start of the legal year is marked by a procession of judges arriving at Westminster Abbey from the Royal Courts of Justice in The Strand for a religious service, followed by the Lord Chancellorís ëbreakfastí at Westminster Hall in the Houses of Parliament.

The service in Westminster Abbey dates back to the Middle Ages when judges prayed for guidance at the start of the legal term. Judges, whose courts were held in Westminster Hall, left the City and walked to the Abbey to take part in the service.
Before the Reformation it was customary to fast for several hours before taking communion during the service. After the ceremony the Lord Chancellor would offer the judge some food to break their fast before they took their seats in courts, hence the term ëbreakfastí. 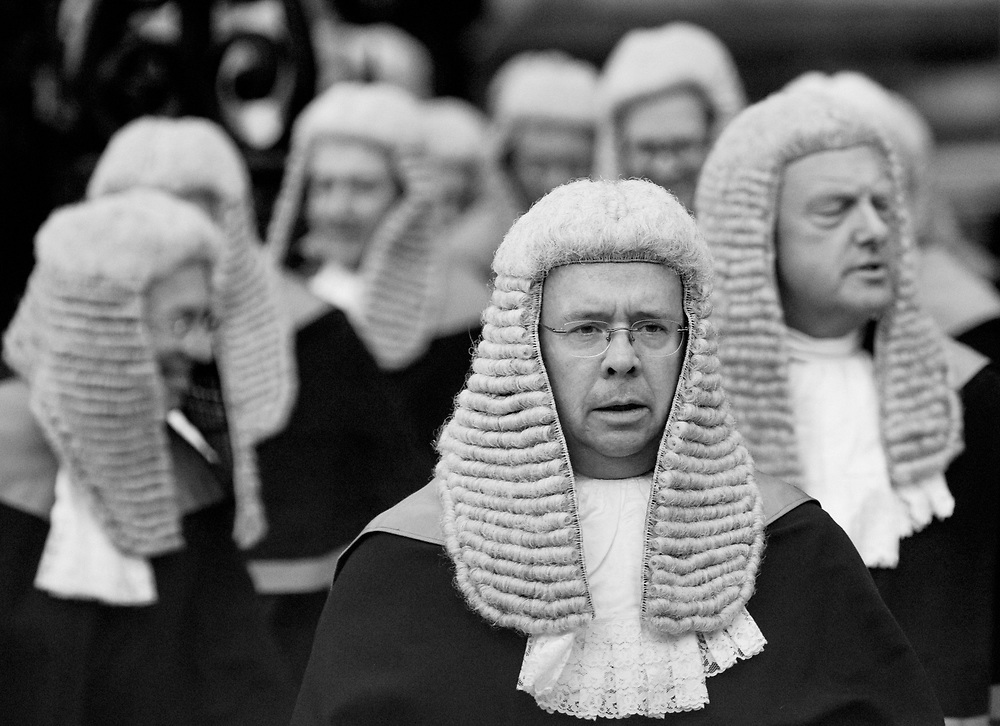