MOSTAR, BOSNIA AND HERZEGOVINA - JUNE 28: Majka a mother who lost her twenty years old daughter Sunita during the 1993 siege stands next to the plaque remembering her on June 28, 2013 in Mostar, Bosnia and Herzegovina. The Siege of Mostar reached its peak and more cruent time during 1993. Initially, it involved the Croatian Defence Council (HVO) and the 4th Corps of the ARBiH fighting against the Yugoslav People's Army (JNA) later Croats and Muslim Bosnian began to fight amongst each other, it ended with Bosnia and Herzegovina declaring independence from Yugoslavia. (Photo by Marco Secchi/Getty Images) 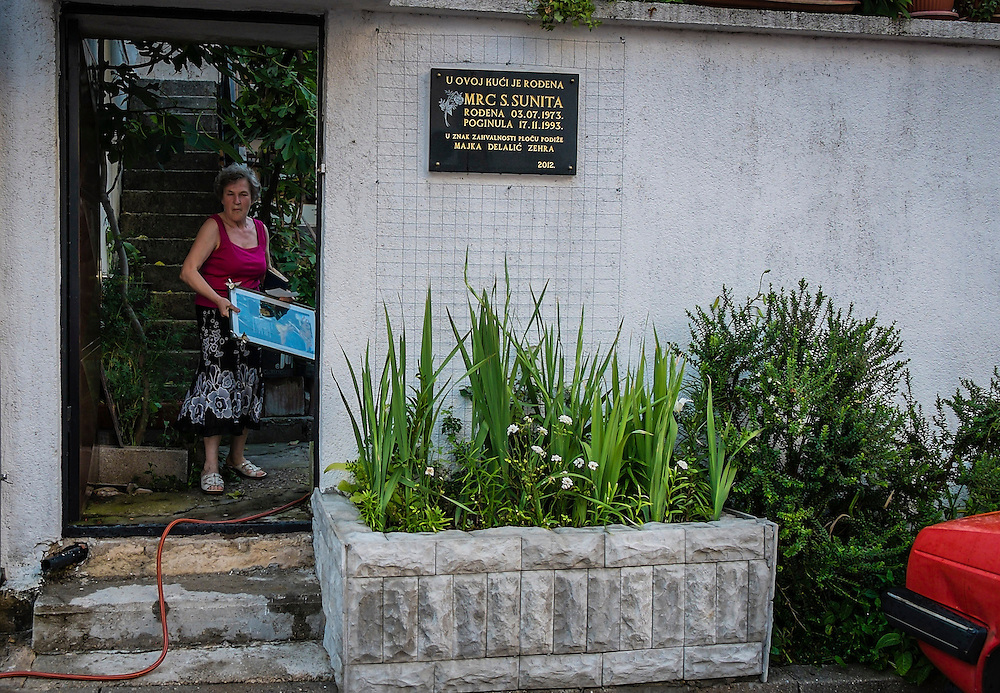