Blair Castle, Blair Atholl, Perthshire 26th May 2007 .For the first time in the history of the dukedom of Atholl, there will be three generations of the duke’s family at this year’s Atholl Highlanders’ Parade. The Atholl Highlanders are the only remaining private army in Europe having been granted the .right to bear arms in the 1840s by Her Majesty Queen Victoria. The Regiment gather annually on the last weekend of May at Blair Castle in Highland Perthshire, and the parade proves to be a popular tourist attraction. 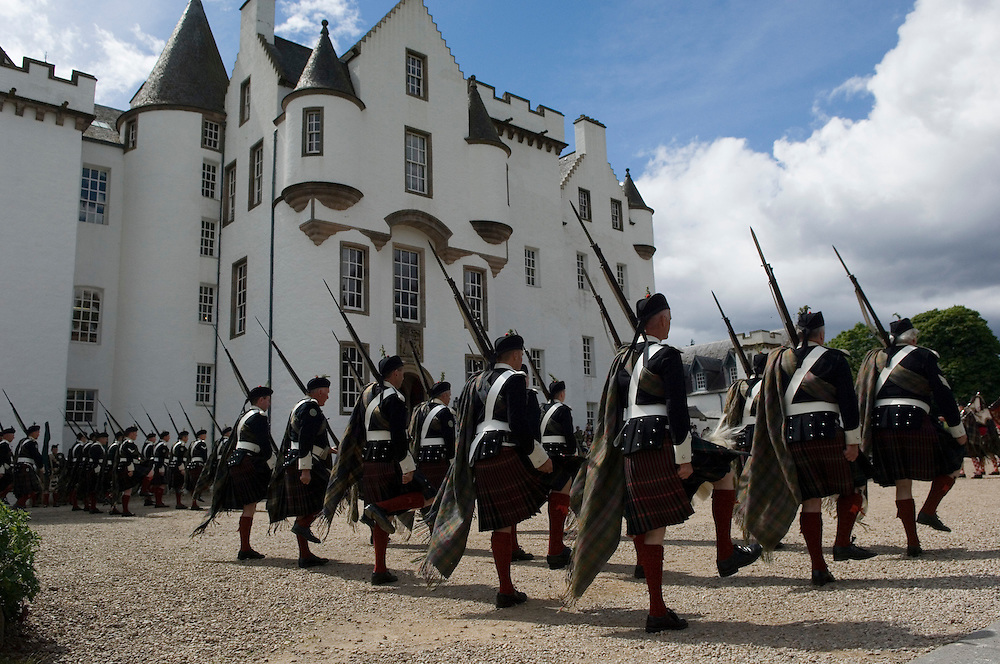