VENICE, ITALY - MARCH 31: Bronze Moors on top of the Clock tower are the only part illuminated of St Mark's Square while lights are switched off for Earth Hour 2012 on March 31, 2012 in Venice, Italy. According to organizers, Earth Hour 2012 has participants including individuals, companies and landmarks in 147 countries and territories and over 5,000 cities agreeing to switch off their lights for one hour. The Brandenburg Gate, the Eiffel Tower in Paris, Big Ben Clock Tower in London, the Christ the Redeemer statue in Rio de Janeiro and the Empire State Building in New York are among the monuments whose operators have agreed to participate in the demonstration. (Photo by Marco Secchi/Getty Images) San Marco is one of the six sestieri of Venice, lying in the heart of the city. 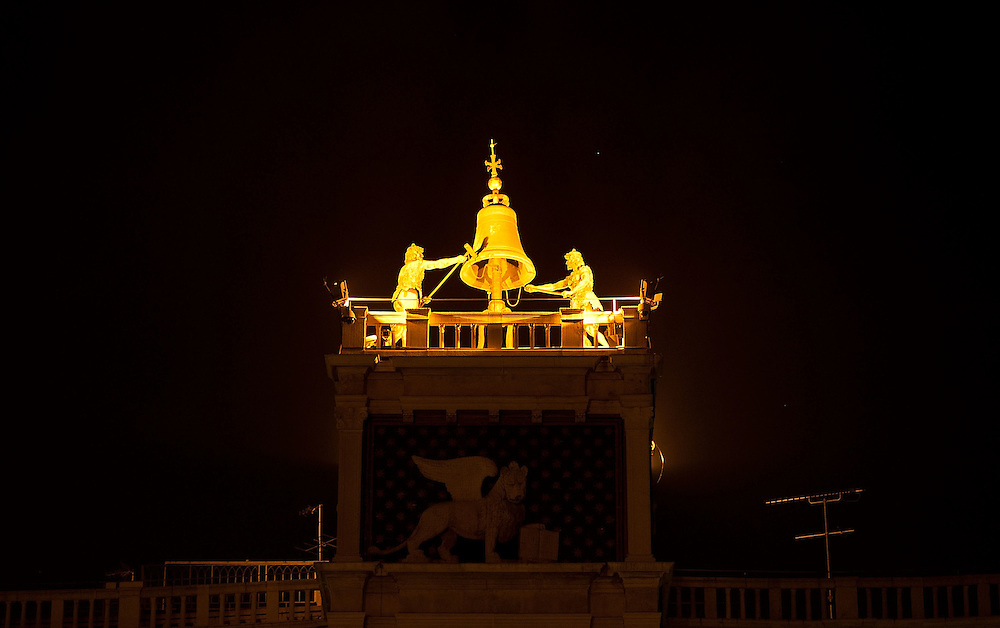