London January 14th A 19th Century Cast iron Downing Street .sign will go under the hammer on the annual Bonham's Gentlemen's Library Sale on January 20th..***Agreed Fee's Apply To All Image Use***.Marco Secchi /Xianpix. tel +44 (0) 771 7298571. e-mail ms@msecchi.com .www.marcosecchi.com A 19th-century "Downing Street" sign was withdrawn from a London auction taking place today after doubts were raised that it had come from the most famous address in U.K. politics.
The cast-iron plate had been expected to fetch as much as 6,000 pounds ($10,000) at Bonhams's "Gentleman's Library" sale. It was thought to have been one of a number of road signs sold off by Westminster City Council in the 1980s, said the auction house.

Downing Street is situated in the center of Cambridge between Trumpington Street and St. Andrews Street. 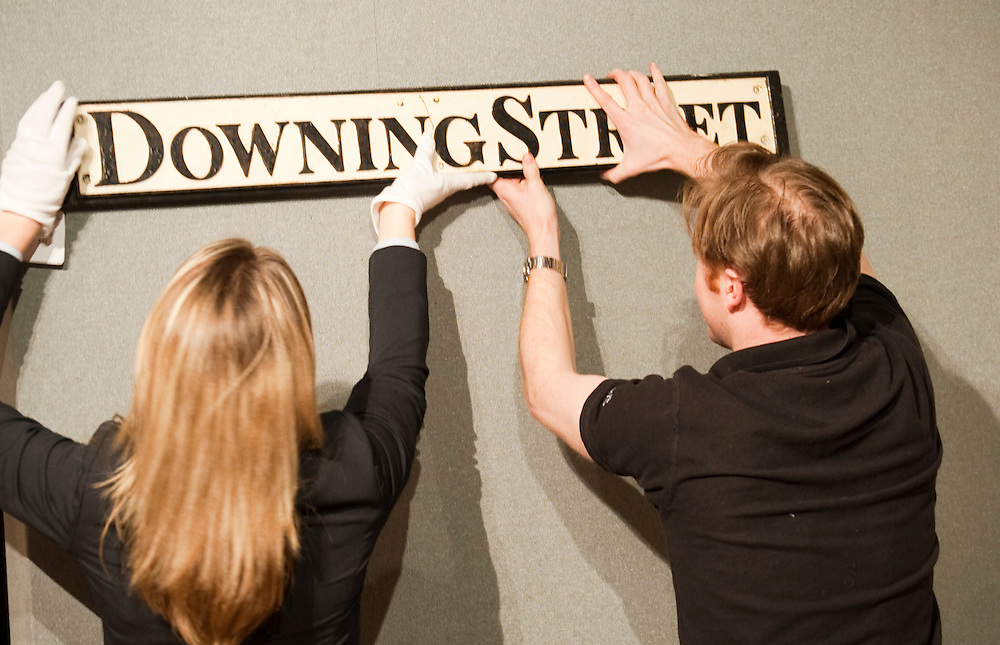