David Barber the Queen's Swan Marker pictured during the annual Swan Upping , River Thames, Windsor, Berkshire, England , 16 Jul 2007. ..The annual swan upping takes place during the third week of July when the parent birds are in moult and the cygnets are too small to fly..Swan Upping dates from medieval times when the Crown claimed ownership of all mute swans at a time when swans were considered an important food source for banquets and feasts. Today the Crown retains the right to ownership of all unmarked mute swans in open water, but The Queen only exercises her ownership on certain stretches of the River Thames and it's surrounding tributaries. This ownership is shared with the Vinters' and Dyers' Companies who were both granted rights of ownership by the Crown in the fifteenth century. The swans are counted but no longer eaten. The Queen's Swan Marker, accompanied by the Swan Uppers of the Vinters' and Dyers' livery companies, uses six traditional Thames rowing skiffs in their five day journey upstream as far as Abingdon. By tradition scarlet uniforms are worn by The Queen's Swan Marker and Swan Uppers, and each boat flies their appropriate flags and pennants. The Queen's Swan Marker produces a report at the completion of Swan Upping each year which provides data on the number of swans accounted for, including broods and cygnets. The cygnets are weighed and measured to obtain estimates of growth rates and the birds are examined for any sign of injury, commonly caused by fishing hooks and line. .. 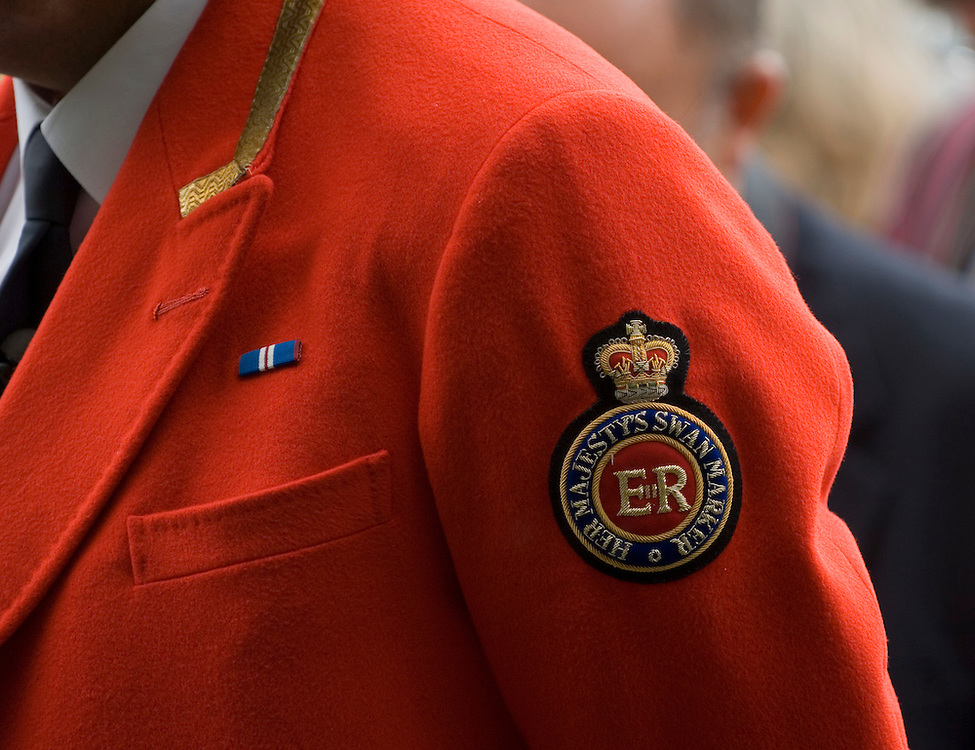