VENICE, ITALY - JANUARY 28: Vivien Greene, Curator of 19th- and Early 20th-Century Art at the Guggenheim Museum New York poses next to Henri Gaudier-Brzeska: Hieratic Head of Ezra Pound at the press launch of the Vorticist exhibition on January 28, 2011 in Venice, Italy. The Vorticists: Rebel Artists in London and New York, 1914-1918, is the first exhibition devoted to Vorticism to be presented in Italy will be open at the Peggy Guggenheim Collection from January 29 through May 15, 2011. 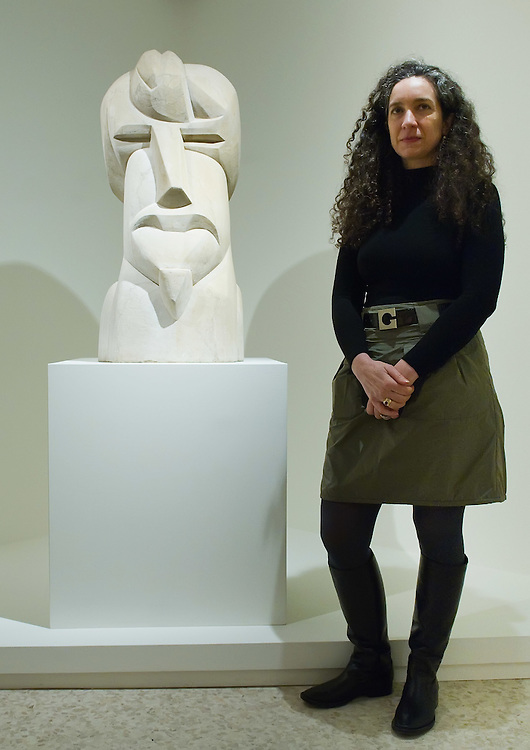