LONDON, ENGLAND - FEBRUARY 06: A customer looks at a rail full of uniforms at Angels Retro Sale on February 6, 2010 in London, England. Angels Costumiers are selling over 25,000 items of clothing and accessories from their warehouse in Wembley on February 6, 2010. The Retro Sale features fashion items from the 1950s to the 1990s as well as period military uniforms. Angels is the world's longest-established supplier of costumes to film and theatre, founded in 1840 the company supplies costumes to over 1000 productions per year. (Photo by Marco Secchi/Getty Images) 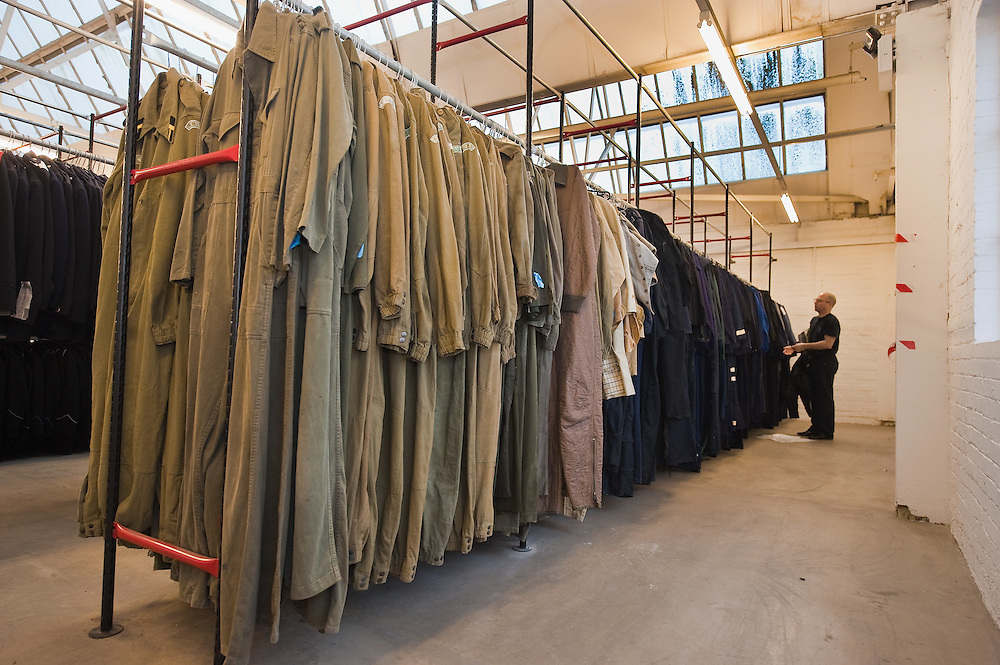