LONDON, ENGLAND - JANUARY 16: Supermarkets and traditional fruit and veg stalls coexist side to side in the lower part of Portobello Road on January 16, 2010 in London, England. Portobello traders fear for the Market's future after Lipka's Antiques Arcade, where more than 150 traders had their stalls, was redeveloped to accommodate a large High street chain store. on January 16, 2010 in London, England. (Photo by Marco Secchi/Getty Images) 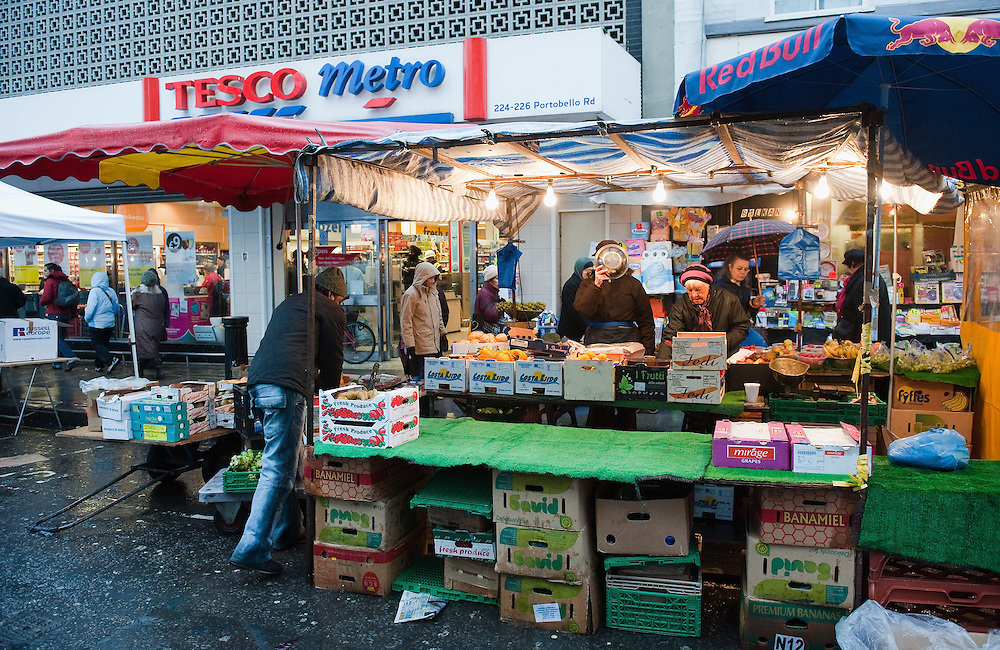