VENICE, ITALY - AUGUST 27: Beds and furniture lie in one of the dormitories in the psychiatric ward of the abandoned Hospital of Poveglia on August 27, 2011 in Venice, Italy. The island of Poveglia, with its ruined hospital and plague burial grounds, is said to be the most haunted location in the world. Though it is a multi-million dollar piece of real estate it lies deserted and off limits to the public. Its dark, forbidding shores are only minutes away from the glamour of the Venice Film Festival on the Lido. ...To discuss licensing our 4000 word photo documentary of the island, email robin@robinsaikia.com. ..British author Robin Saikia visited the site with Italian photographer Marco Secchi. Marco captured the sinister atmosphere of the island. Robin describes the terrifying apparitions and the stories behind them. 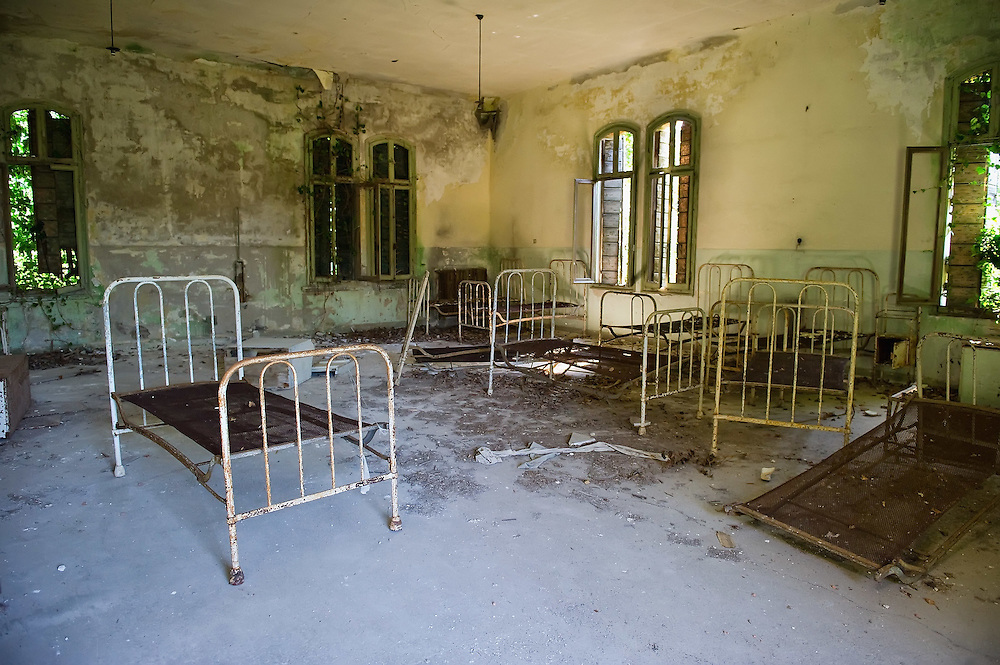