FILE IMAGE DATED 12/09/2009 OF Ecoadventurer Andy Pag to set off around the world in his bio truck modified to run on used cooking oil to spread awareness about climate change. The British traveller 34, from Croydon, was arrested on January 11 2010 in Rajasthan, India, while sleeping in his converted school bus. He is accused of carrying a satellite phone without a licence or permission, and may face up to ten years in prison according to India's new anti-terror laws..***Agreed Fee's Apply To All Image Use***.Marco Secchi /Xianpix. tel +44 (0) 771 7298571. e-mail ms@msecchi.com .www.marcosecchi.com 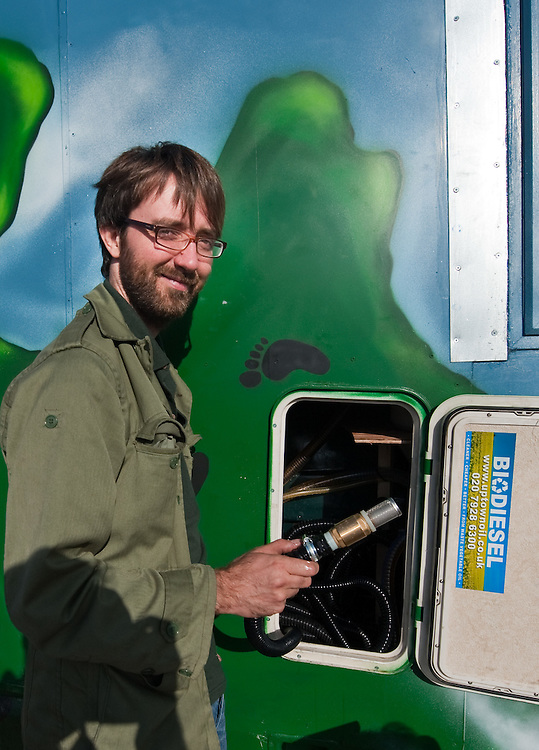