London April 2nd 2009 (FILE IMAGE) Picture shows an officer with his number hidden just seconds before allegedly swiping at the woman ( In the pic with cap) with the back of his hand and in the legs with the extendeble baton...***Standard Licence Fee's Apply To All Image Use***.Marco Secchi /Xianpix. tel +44 (0) 845 050 6211. e-mail ms@msecchi.com or sales@xianpix.com.www.marcosecchi.com A police officer will be charged with assaulting a woman during the G20 demonstrations in London, the Crown Prosecution Service has said.Sergeant Delroy Smellie has been ordered to appear in court over the beating of Nicola Fisher.

Prosecutors have decided there is "sufficient evidence" for him to be charged. 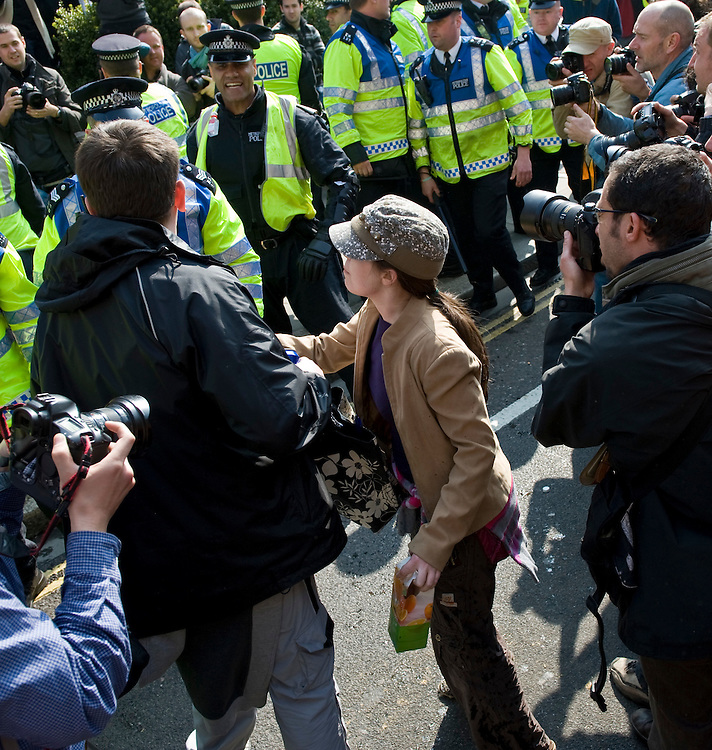